Late to the Square and Compass

Late to the Square and Compass

So we are pretty blessed to live in Dorset and even better on Portland.

Portland is an island connected to the mainland by a causeway, surrounded by cliffs with over 1500 sport routes and endless bouldering.

However, we still find the need to drive an hour east to Swanage where there is lots of trad climbing – but this time we are heading there for the sport. 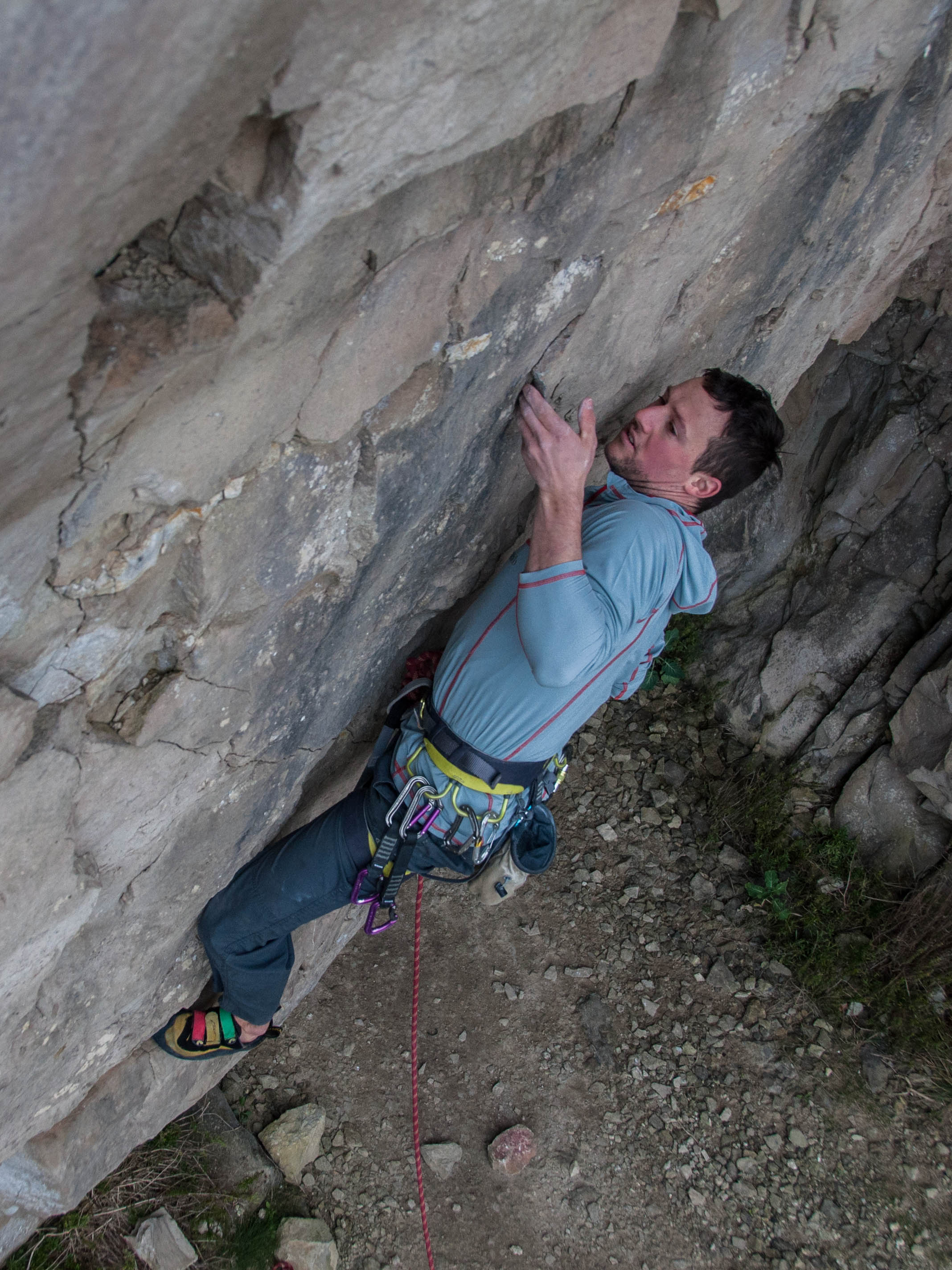 As usual we are running late so as Tom and I leave the house in a manic rush, we grab what we think we need and leave at the time we were suppose to be arriving at The Square and Compass to meet Angus.

The Square and Compass is an incredible award winning pub in a small picturesque Dorset village called Worth Matravers, it is well worth stopping by!

This Friday they had a folk singer playing. The plan was to get there see him play a couple of tracks, enjoy a nice ale and then crash in the car park.

As we leave the island Tom realises that he has no roll mats, so after a quick detour we find ourselves on the road again, stop for snacks and reach the pub – way too late.

As we arrive we see Angus’s van closed up ready for a peaceful night.

After putting up the curtains – which takes a few slams of the doors – making Pascal (my Peugeot 306 estate) into a 5-star hotel room, Angus soon wakes back up and enjoys a quick beer with us before bed. 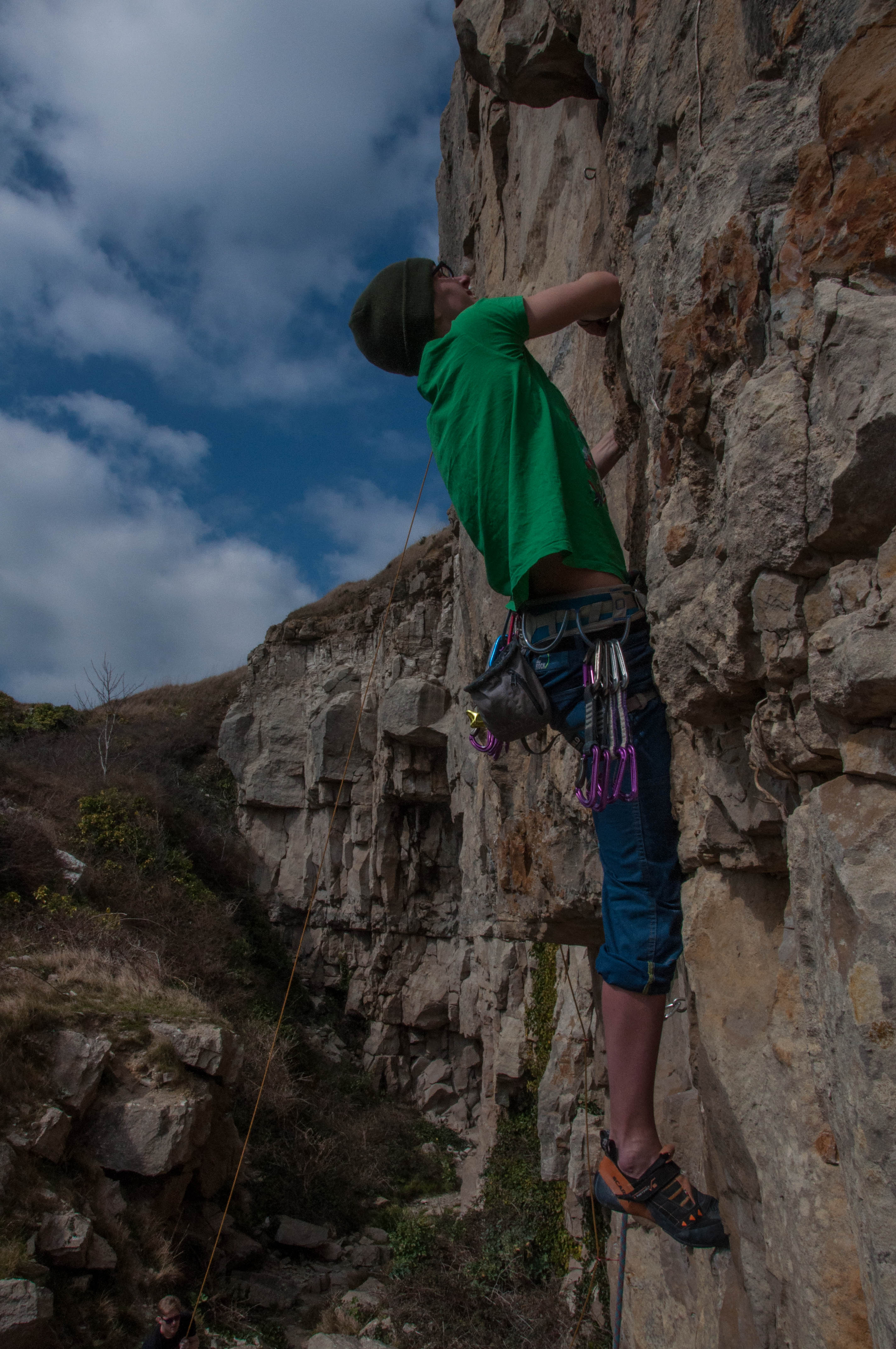 In the morning we can’t believe our luck with beautiful sunshine filling the sky.

Unfortunately though in the mad rush to leave I realise how badly prepared I was for a full days climbing.

I have all my climbing stuff, thats fine.

I have my camera and its full charged, thats great.

Hmm, what about food.

Well I have a few muffins, a couple of packets of crisps and a some Oreos (other biscuits are available). Not exactly the healthiest or most nutritional food for a full day of hard exercise.

The first task is to walk from Worth Matravers to Winspit Quarry which is a good hour’s walk, but its along a beautiful path down a shallow valley with cows grazing either side and the sea in front.

It was still early and quiet when we got down to the old quarry and there is only one other group climbing.

We warmed up on a few climbs in the only part of the crag with no sun, which was a mistake as you tend not to warm up much when belaying in the shade.

We move into the sunshine and, as the day warms, up Pymn joins us shortly followed by Ed.

We set our eyes on a few climbs we haven’t managed yet and, after winning a round of rock, paper, scissors, I’m first up.

I chose a climb called Red Rain on Quarryman’s Wall – a 3 star rated climb and one of the top 50 routes in Dorset, so it sounded great. The problem I found with it was there were powerful and big moves – all high above bolt.

I dont have the confidence climbing above protection like I would do after a long summer of climbing outdoors and the likelihood of decking (hitting the floor like a sack of potatoes) on this route was very real as the spacing between bolts is a bit on the big side.

So, I managed to get to the 3rd bolt on the route on climbing which definitely didn’t suit me at all. Pymn then managed to get to the 4th bolt with a very strong and wide move well above bolt. Angus was the one in the end to succeed using a great no hands rest and fighting through an interesting upper crack section.

I had a go on top rope before we left. Next time i’ll have it. 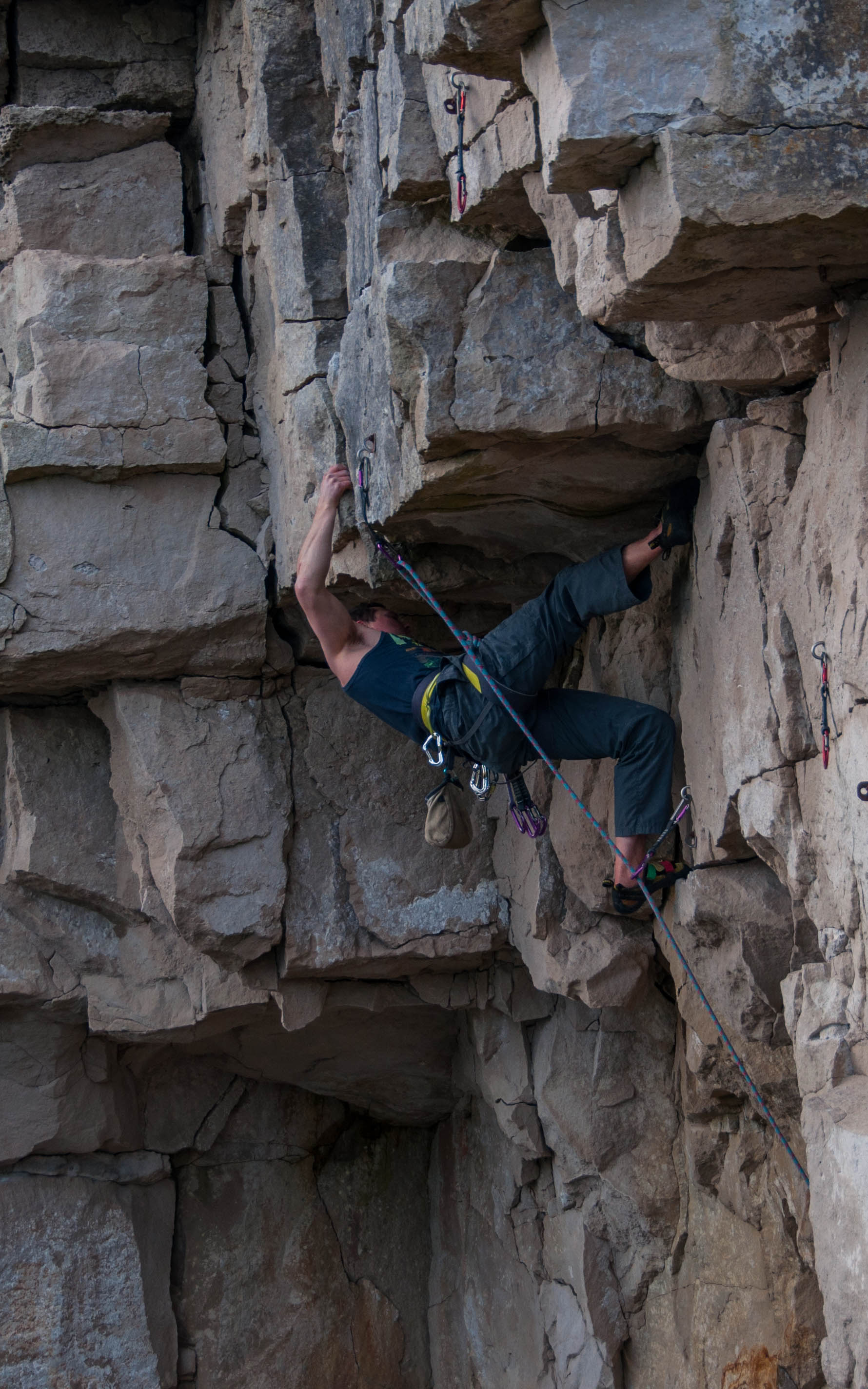 We went round the corner a bit later to an old favourite, Gorilla Tactics, which we have all had a swing on.

It’s based over a cave hole which you can walk right the way through, with the amazing coast line behind you its a beautiful but again very powerful route.

It is Angus’ type of route, big and strong moves on steep ground, and it turned out to be his day yet again as he got it clean on his last climb.

The sun was now disappearing and it was getting chilly, we packed up our stuff and started the walk back. Not only forgetting how long it was (and my god it was long!) but we had to avoid some large cows, which from a distance looked like bulls. Pymn and Ed in their red down jackets were nervous!

Time for a pie and a pint.

For more snaps from the day at Winspit just click here and to keep up to date with After The Send join us on Facebook.