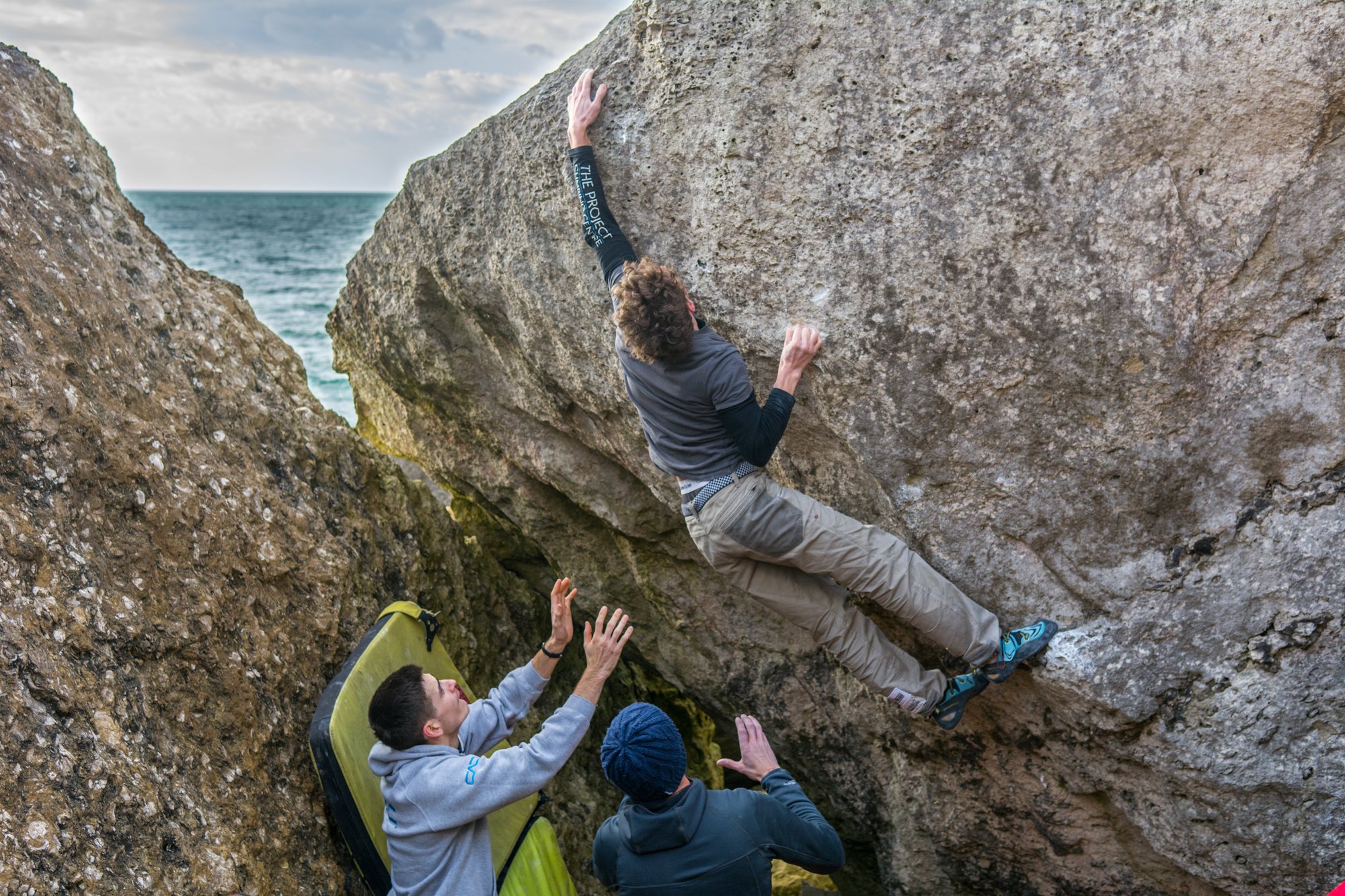 Hey Guys- if you haven’t visited our Vimeo page yet, make sure you do! I have started making videos to show the beauty of Portland and also the quality of the rock. The videos I have made so far are:

This was the first video I shot and edited. Roaches Traverse is a nice 6b+ lip traverse at The Cuttings Boulderfield, Portland.

Neddyfields on Portland hosts some of the best flowstone bouldering I know of and is a favourite for me especially  when limited on time as it has a 2 minutes walk in. Pock Mark was a route I had been trying for a while and when I got it I felt it was worthy of a video with its tiny 3 finger under pull and 1 finger pinch start.

I wanted to film a sport route and having Tom, Pymn and Alex there meant between us we could get all the footage needed. Again this is at The Cuttings and has a couple of nice falls while Tom is working out the start.

I had been wanting to get out filming so asked to tag along with a couple of friends from my local climbing gym (The Project Climbing Centre) as they were putting up a ton of first ascents on the yet to be climbed beach. The area is the most northern part of the Blacknor Beach and has a mass of large boulders with overhangs, slabs and arête’s. I hope you like the video and feel free to share it.

I always think of the Road Rage wall as a Portland

Who's been enjoying the late evenings? • @_hanna

We are heading over to Wintour's Leap tomorrow, if

I love when you come home with so many photos you