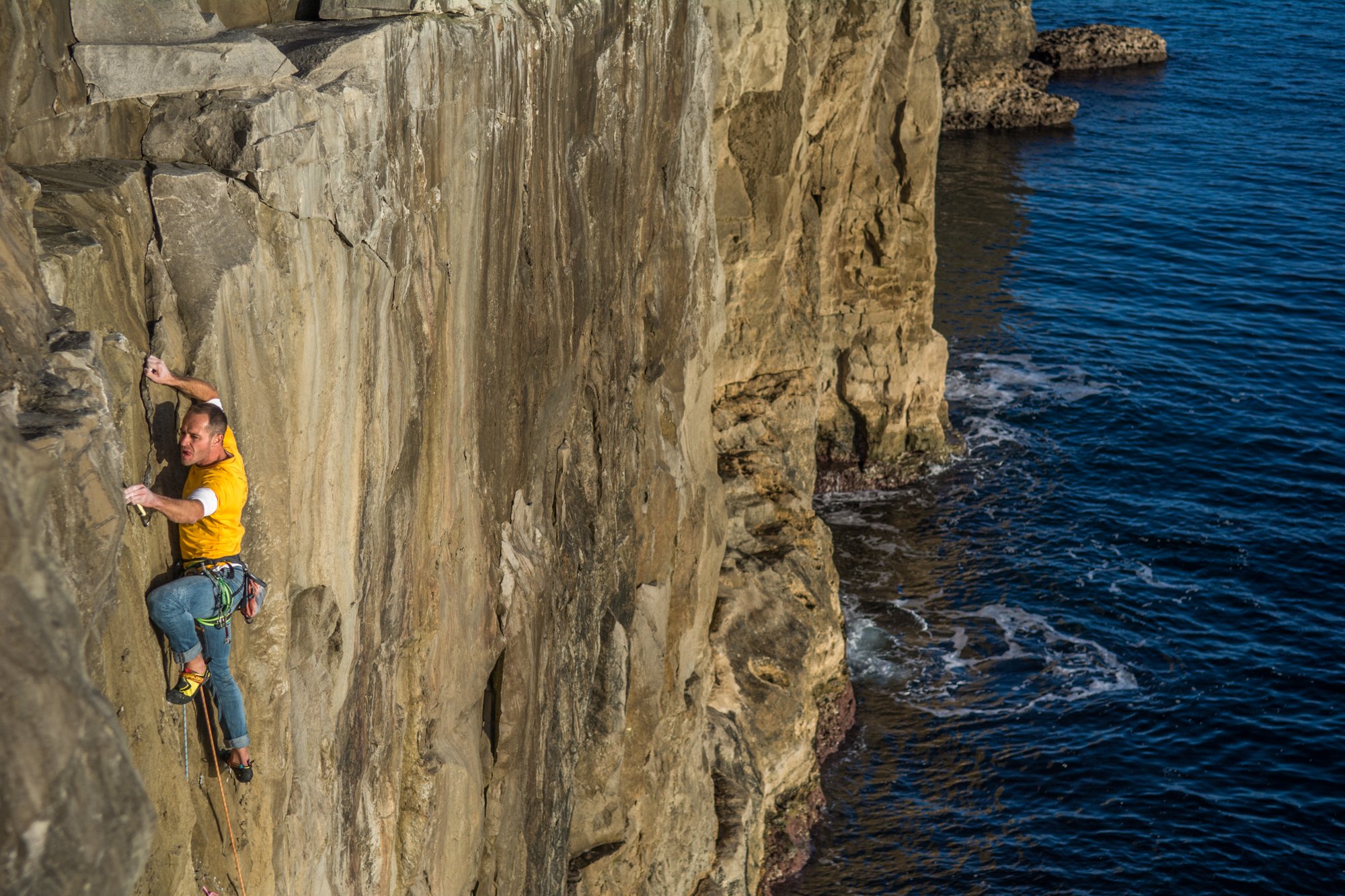 A few weeks ago, James Pymn and I were invited along by Chris Weedon to help out on a couple of his new routes in Swanage. We headed down to Fisherman’s Ledge for a couple of warm ups before Chris started shunting his project line ‘Second Helping’ E5 6a . After a few shunts, he was ready to go for the first ascent and he cruised up it with the use of some super technical gear placement. Pymn then followed up on second and as he reached the top the psych was high so he headed straight down for the second ascent.

As they dropped down for the second project the sun also dropped down past the horizon. It got cold pretty, pretty fast but Chris was keen on getting the first ascent of another project. The route involved getting over a steep roof with few holds and even less gear. Chris is a pretty calm climber but I saw the fear in his eyes on this one. With his last piece of gear right under the roof and the move over the lip looking very tense I wasn’t the only one worrying about him falling into the sea. Pymn was belaying and started preparing for his potential swim as if Chris came off the likely hood of gear popping and the rope pulling Pymn into the sea was quite likely. But Chris pulled over the top with a ‘congratulations’ from a couple of fishermen and a relieved ‘Nice man!’ from me. He named the route ‘Now or Never’ which was quite apt and gave in an E4 6a.